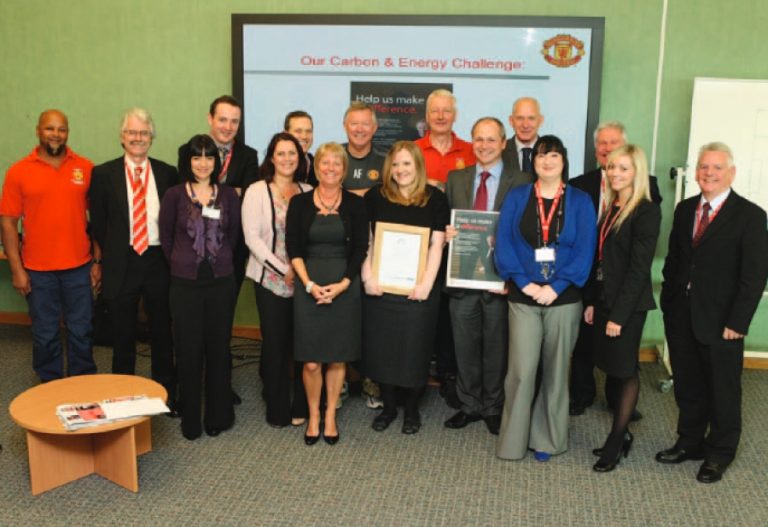 Manchester United appointed 23 individual ‘energy champions’ across the club which ensure that responsibility is taken for energy consumption. Each individual operation was looked at and the staff that are involved, to ensure effective reductions were made through mentoring and monitoring. Several key energy saving programs were introduced such as the ‘Board Room to Boot Room’ Energy Reduction Engagement and Staff Awareness Programme and the ‘United to Save Energy – You Can Make a Difference’ programme which was launched by Sir Alex Ferguson. These initiatives have not only made a huge difference at Manchester United, but have been recognised as best practise programmes and are in operation across many other organisations.

In 2008, the UK government introduced a mandatory carbon emissions reduction scheme that applies to large non-energy-intensive organisations in the public and private sectors. In compliance with this scheme, and through efficient energy management and the phased installation of energy reduction projects, Manchester United achieved many considerable feats, including: – a reduction of 3,300 tonnes of CO2 which is the equivalent saving of the emissions produced by 660 homes in a year; and – an energy saving of 320,000 kWh per year from a direct lighting ‘switch off’ programme which is equivalent to the energy used to illuminate a large supermarket for a year.